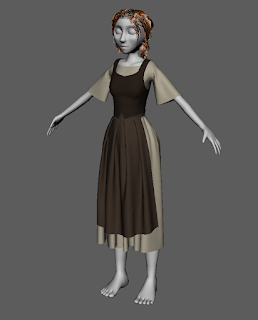 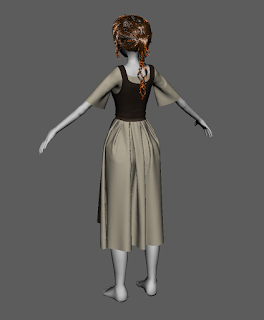 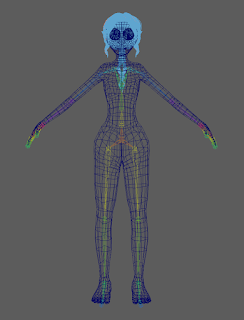 This week, I completed the princess character's clothing in Marvelous Designer and imported the welded garment into Maya. I also used Mixamo to generate a skeleton and animations for the character so that I can bind the clothing to it and begin testing cloth simulations using the Apex cloth plug-in.

For this upcoming week, I will focus on using the XGen curves to create hair card geometry. I will also be revisiting the environment I created in Unreal in order to fix up the grass and some lighting issues. Once I finish applying Apex cloth to the garment, I will bring the character into Unreal and test the cloth physics using the Mixamo animation and wind physics.

This week, I finished creating the base hair curves in XGen. I also renewed my subscription to Marvelous Designer so that I can resume working on the clothing for this upcoming week. My next goal will be to see if I can create pleats and folds that stay pressed after the simulation. I was successfully able to import the garment mesh created in MD into Maya. Now my next step will be to use the Apex cloth plugin to apply the cloth physics to it. 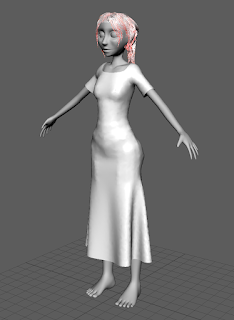 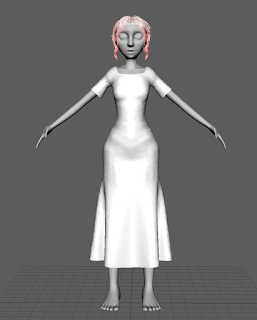 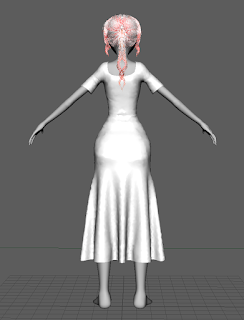 Although I have the general shape for the hairstyle laid out, there is still some work I would like to do on the hair. I will be trying to add more density to the ponytail and make the braid at the end more pronounced. I also plan to continue experimenting with the clumping and cutting modifiers to shape the hair and give it more variety. Finally, I will try using region mapping on the area around the bangs so that the strands appear less messy. 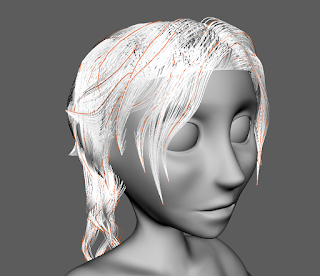 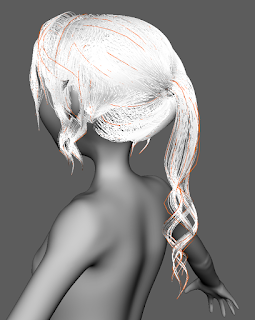 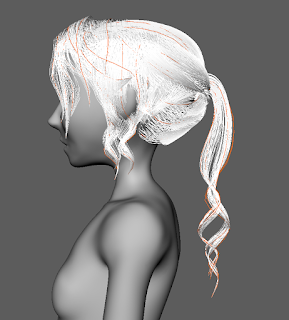 After the hair is finished, my next step with it will be to use the XGen hair curves to create hair cards so that I can bring the model into Unreal Engine. I will be trying the workflow in this video: https://www.youtube.com/watch?v=1Fs6rle_IbE 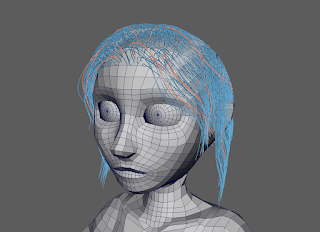 This week was mainly spent watching XGen hair tutorials and trying to start setting up a hair description. I was unsuccessful at using the interactive grooming to create the long hair, since the grooming tools didn't give me as much control over the shape of the hair as I wanted. So I decided to go about it by placing guides and shaping the individual guides. I also found out how to use the clumping and cutting modifiers, as well as region maps to create a more defined part.

By the end of the semester, I plan to complete this character by finishing up the hair and the clothing and implementing the cloth physics using the Apex cloth plugin. I will then bring her into the environment that I created in Unreal. 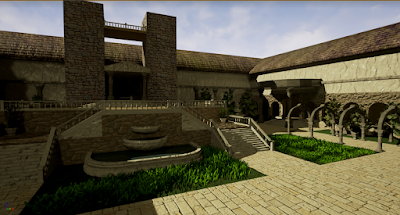 https://drive.google.com/open?id=0ByZtt1TJJhiqdURzZGhOcXF3Q1k
Posted by Sydney at 1:50 PM No comments: 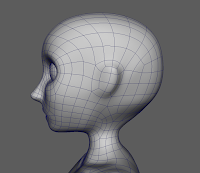 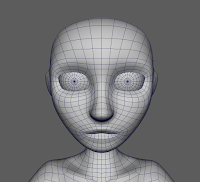 This week, I focused on completing the model for the head of the princess character. Like with the body, my goal was to pay careful attention to the edge flow and keep it as low poly as possible without losing the level of detail I was originally striving for. I still plan to sculpt the general shape of the face a bit further in Mudbox, but for the most part, I have now completed the modeling stage for this character. I imported the completed character into Marvelous Designer to use as the avatar so that I can begin designing the clothing. 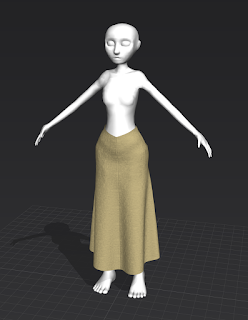 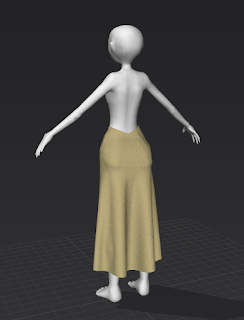 For this upcoming week, I plan to continue working on the garment design in Marvelous Designer and begin creating a hairstyle in XGen. I also plan to finish importing the main environment assets into Unreal and hopefully begin working on the game mechanics.

Time spent this week: 9 hours
Posted by Sydney at 10:25 AM No comments: 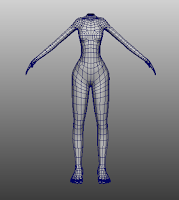 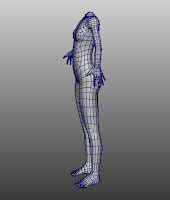 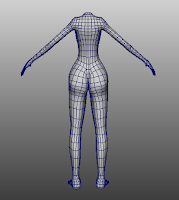 This past week, I continued bringing assets for the castle environment into Unreal Engine. I also finished modeling the body of the princess character, reusing and re-topologizing the hands and feet from one of my previous models in order to save some time. For the castle, I began learning how to use Substance Painter to create materials for the assets and plug them into UE4. I figured out a workflow for texturing some of the modular assets, such as the pillars and the railings. I am currently continuing to create materials and import them into UE4 along with the models I created in Maya.

By the end of week 8, my goal is to start creating the lower part of the clothing in Marvelous Designer (the part that I will apply Apex cloth to). Even if I don't finish the details of the clothing, I would like to finish at least something simple so that I can better understand the workflow of exporting the cloth from MD to Maya (and then from Maya into Unreal). I would also like to begin sculpting the head in Mudbox, as well as continue creating models and textures for the castle environment.

Time spent this week: 16 hours
Posted by Sydney at 2:58 PM No comments: 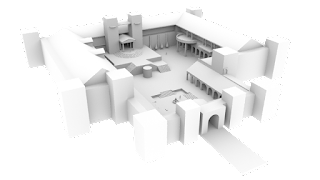 This past week, I began modeling the princess character, completed the layout of the castle and began bringing assets from Maya into Unreal. I still need to refine a lot of the meshes and UV them properly, but my goal for this week was to start bringing my scene into Unreal to start testing it with the scale of the character, collision maps and blueprints. I also did more research into creating hair for my characters and found that if my goal is to bring my characters into Unreal (as opposed to my original idea of just creating an animation in Maya), I should not use XGen like I had originally planned. Instead, I plan on looking into creating hair cards using textured planes and alpha channels.

For this upcoming week, I would like to finish the body of the character so that I can start work in Marvelous Designer by Week 7. If time allows, I would also like to start sculpting the face and begin creating the hair cards that I mentioned above. For the castle environment, I will continue to refine the meshes and do UV / texturing work. I would also like to see if I can figure out how to create NPC dialogue options using Blueprints in Unreal. For now, the NPC will just be a static mesh.

Time spent this week: 17 hours
Posted by Sydney at 1:41 PM No comments: